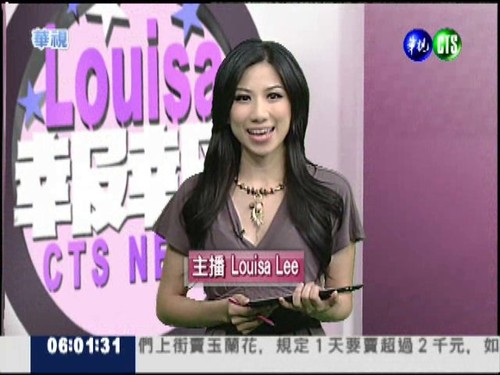 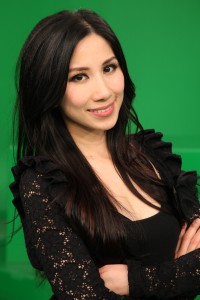 Prior to her anchor role at CTS, she worked as a radio host for the weekend show, “Weekend Buzz” (11 a.m. – 2 p.m.) for International Community Radio Taipei (ICRT FM 100).  Her responsibilities include introducing western music to the audience, providing entertainment updates to the listeners, as well as interviewing international and local celebrities.  During her stay at ICRT, she also served as the entertainment news broadcaster and the traffic reporter. In addition, Lee was a segment producer for Animal Planet’s “Untamed and Uncut”, and Spike TV’s “Disorderly Conduct”.

Born in Taiwan, Lee moved to Montreal, Canada at the age of six, before relocating to New York with her family.  She lived in Los Angeles for years, before making the ultimate decision to move back to Taiwan to pursue her dreams in journalism.

When she’s not broadcasting news at 6 a.m., Lee is playing with her dogs, texting away on her BlackBerry, singing in a band, attending events/concerts, or lending a hand to nonprofit organizations.  If she’s nowhere to be found, then she’s traveling the world.