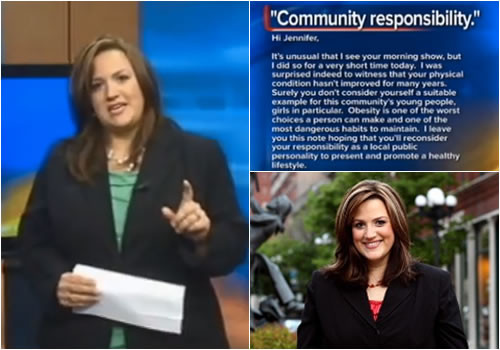 It was an email that launched 1,000 Facebook comments. Jennifer Livingston, a news anchor at WKBT in La Crosse, Wisconsin, admits that, as a public figure, she is no stranger to criticism, but one missive sent in by a male viewer put her over the edge .

The email contained comments about Livingston's weight and questioned her place as a role model and public figure:

"I was surprised indeed to witness that your physical condition hasn't improved for many years," the letter read. "Surely you don't consider yourself a suitable example for this community's young people, girls in particular. Obesity is one of the worst choices a person can make and one of the most dangerous habits to maintain."

The message goes on with a bit more of the same. Encouraged by co-workers and management at the station, Livingston's husband and fellow anchor Mike Livingston posted the email on his Facebook page . What followed was a flood of thousands of comments, mostly firmly in favor of Jennifer, praising her poise and calling into question why anyone would send such a critical and insensitive note.

Livingston said the outpouring of support was enough to motivate her to respond on air, and hoo boy , respond she did. For more than four minutes, Livingston took her "bully" to task, admitting that, yes, she's overweight. And yes, she considers the email an inexcusable act of bullying.

" The truth is, I am overweight. You could call me fat. And yes, even obese, on a doctor's chart. But to the person who wrote me that letter, do you think I don't know that? That your cruel words are pointing out something I don't see? You don't know me, you are not a friend of mine...you know nothing about me but what you see on the outside. And I am much more than a number on the scale. "

Jennifer then goes on the equate her experience to bullying, explaining the trickle-down effect of online bullying:

" And here's where I want all of us to learn something from this. If you didn't already know, October is National Anti-Bullying Month, and this is a problem that is growing in our schools and on the Internet. It is a major issue in the lives of young people today, and as the mother of three young girls, it scares me to death. ...And what angers me about this is there are children who don't know better, who get emails as critical as the one I received or in many cases even worse... "

" The Internet has become a weapon, our schools have become a battleground, and this behavior is learned. It is passed down from people like the man who wrote me that email. If you are at home, and you are talking about the fat news lady, guess what? Your children are probably going to go to school and call someone fat." 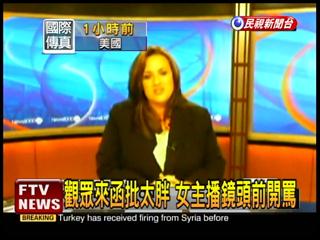 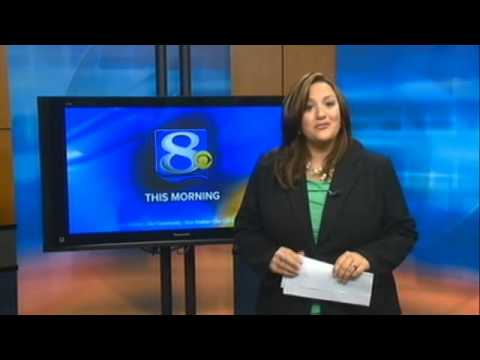