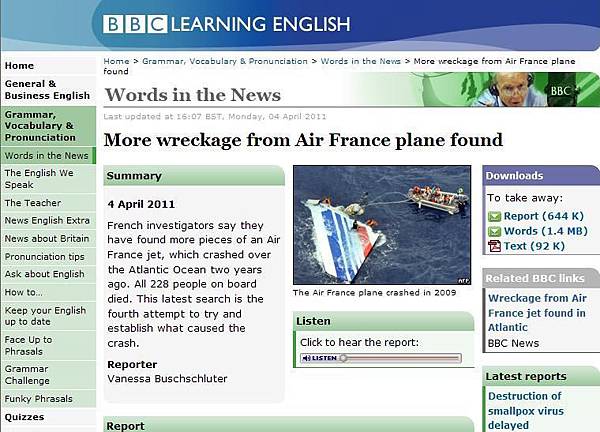 French investigators say they have found more pieces of an Air France jet, which crashed over the Atlantic Ocean two years ago. All 228 people on board died. This latest search is the fourth attempt to try and establish what caused the crash. Vanessa Buschschluter reports.

News of the find has awakened new hopes among the team of crash investigators, that they may finally find the flight data recorders, which they say are crucial to determine the cause of the crash.

There's been speculation that malfunctioning speed sensors were to blame, but officials say other factors must have also contributed.

The search for the data recorders has been complicated and costly, with unmanned submarines diving to depths of up to 4,000 metres to scour the sea floor for traces of the plane.

Air France and the aircraft manufacturer Airbus, who've both been placed under investigation on charges of involuntary manslaughter over the crash, will be among those keen to see the flight recorders retrieved.

the find
the discovery

flight data recorders
machines in planes which store information on what happened during each flight (e.g. plane's direction, weather conditions)

contributed
added to the situation

to scour
to search thoroughly (along)

placed under investigation
questioned as part of the inquiry

involuntary manslaughter
causing people to die, but not deliberately