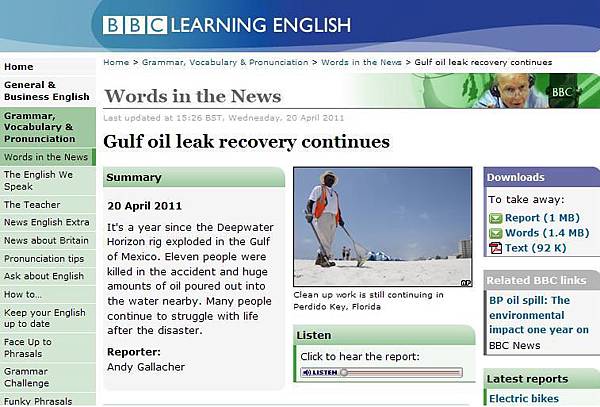 It's a year since the Deepwater Horizon rig exploded in the Gulf of Mexico. Eleven people were killed in the accident and huge amounts of oil poured out into the water nearby. Many people continue to struggle with life after the disaster. Andy Gallacher reports.

When President Obama stood on the beaches of Louisiana and Florida last year, he was as powerless as just about everyone else. The fate of the Deepwater Horizon rig was in the hands of BP engineers and for almost three months, it gushed crude oil out into the Gulf of Mexico in almost unimaginable volumes.

By the time the pipeline was capped, BP's reputation was in ruins. Tourism across three states had ground to a halt and the livelihood of countless fishermen was threatened.

Twelve months later, the healing process has been slow; tourists are beginning to return. But for many still seeking compensation, there's continued frustration and a loss of faith in both BP and the Obama administration. Almost $4 billion has been paid out to those who lost business, but many view the process as confusing, unfair and far too slow.

Many questions also remain about the environmental damage. Most scientists agree it wasn't as severe as first thought, but the long-term effects of such a huge catastrophe will take years to unfold. The last of the fishing waters that were closed last year have finally been re-opened, but for the people of the Gulf states, the scars have far from healed.

the fate of
the future of

in the hands of
being managed by

crude oil
fuel that has not been changed by chemicals

capped
covered to stop the leak

ground to a halt
completely stopped

to unfold
to become clear or fully known

far from healed
not become better yet, not recovered yet